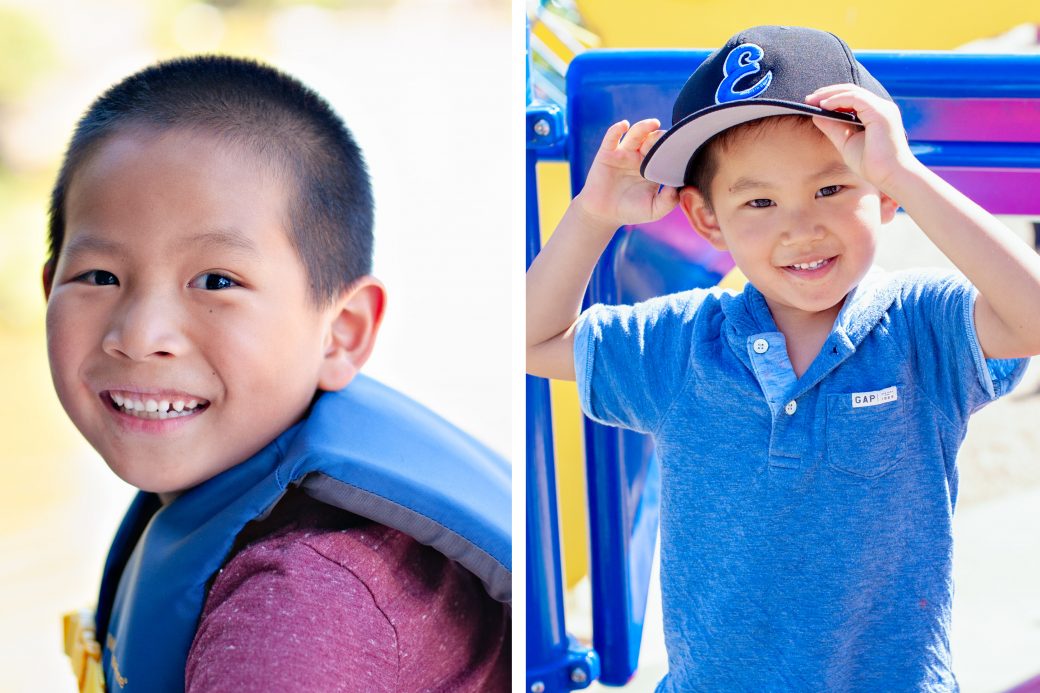 It’s hard to get a moment of silence in the house. You feel like the days pass by so quickly that you’ve stopped thinking about the date, and can only remember what day of the week it is – which is so important because there are actually some days where I don’t need to pick up Aiden from school.

With a blink of an eye, these boys are another year older. Not to mention, it’s almost impossible to even get a photo of them now. One is way too busy evading the camera, while the other has been forgotten because I get so fed up with the first running away from the camera.

These two were polar-opposites at birth. The crazy tid-bit about these two is that their hair actually spirals in the opposite way. Not only are they polar opposites in personality, behavior and even hair-spiraling, but they are also polar opposites in what they like. One loves meat – the elder – while the other would prefer fruits – and mind you, he could eat fruits ALL DAY LONG! One skirts his homework while the other one used to go do his workbook without asking and would wake up just to build his ABC puzzles and practice or watch math. One is really creative and loves working with his hands while the other seems so intellectual and would prefer working on the computer learning his ABCs and his 123s.

These two boys drive me up the wall – back and forth like there is no end. I love these two dearly, but they also drive me soo crazy.

In all honesty, I never ever saw myself as a mother of two boys. It didn’t compute until I had my second. It made me feel lost because I didn’t know how to be ready for the chaos. And in all honesty, I’m still not ready.

there is so much grace in parenting….

All I can do, as I see them grow up, is to do my best to raise them in a way where they will become good people – people of character, of kindness and compassion. That is all I ask, wish and pray for these two.