pending and a couple who was willing to model for us for a day! Hopefully we’ll have more opportunities. We are looking for:
1.) family group shot
or perhaps even a
2.) baby or child shot

So if anyone is interested! Please do 🙂 talk to us about it, email us at [email protected]

Lastly, we’ve been thinking of ways to make us stick out. What would make our portfoilo more special. Most pro photographers seems to have Engagement and Weddings in their list of services. Some have Children & Family. Some even have Boudoir shots as part of their web portfolio. Maybe some even have sports or something that may make them stand out more.

So in the interest of having a somewhat unique hobbie that not everyone is willing to pursue, we had decided upon possibility of putting Race Tracking as one of the list of services. Unfortunately, we have a major competitor that we’ve seen at almost all the track events that Andrew has attended – GotBlueMilk. Here’s an example shot he did of Andrew’s car Mindy: 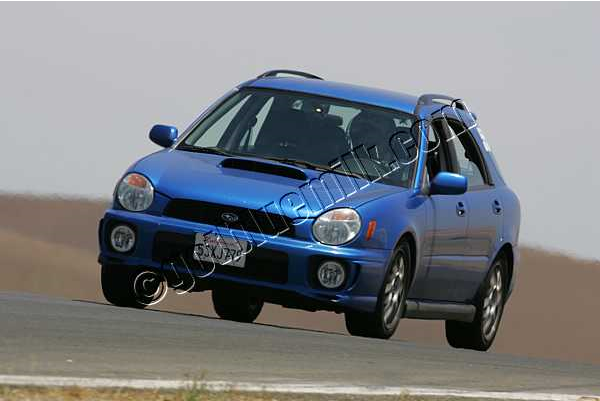 As I think about it, what makes his pictures differ from mine? He definitely has a great many legs ahead.
1) He has access to all the major spots on the track through the sponsors of the event (not to mention a electric scooter that takes him around the track).

3.) He’s already and established motorcross photographer, not only for cars but for others as well (ex. pro-Drag, and maybe pro-motorcycles).

4.) He’s willing to stand outside in the 70-100 degree weather, turning almost black, to get his shots – which I hesitate to do because i don’t like the heat and i hate having odd tan spots like a sunglass tan and such.

So in reality, i have no idea how to get into this little niche of the motorcross. From the photographs that I’ve already taken for Andrew, I would say its possible. Maybe shadow a person who would pay for us to take pictures of him for the whole day of the event – there are definitely many Porches, Ferraris and even expensive special made Lotus track cars (like the 2-Eleven) that might be willing to pay for someone to shadow them for a whole day at the track. Also, I’d only be willing to go to the ones that Andrew tracks and that might become more limited as I may find a full time job and can’t attend with him on the weird Friday events. Secondly, as we both are planning to have kids eventually, which may take him away from this sport until maybe later in his life.. or maybe never, who knows.

So in many ways, we are still deciding what to do as that UNIQUE service that would make us be someone who would stand out around all the other people. Of course, we are working for our photos to be SPECTACULAR but that alone may not be enough.

So what should we do? Definitely still thinking! If anyone has suggestions, we’d be happy to hear 🙂

So yeah, that’s about it for today!
-Amy